How A Blue Jays Game Turned Into A Plumbing Nightmare

I went up to Toronto August 3rd to catch the Blue Jays and Mariners game (results here) with my buddy. We are both fans of the Jays, in fact, we have been Toronto fans since the days of George Bell if that tells you anything! Anyway, whenever we are in Toronto we eat like kings and drink like fish, there is nothing healthy about that trip when we make it. The game was awesome, the Jays beat the Mariners 7-2 which gave us even more reasons to celebrate!

During the game though, my stomach started churning, and I had to take a dump bad. I can usually fight off the cramps and gurgles, but when I start sweating it’s time to make a dash to the can! My buddy knew what was up, we have been around each other long enough that when he saw that look on my face it was clear that I needed to get to the restroom immediately. I jumped out of my seat and walked to the restroom at a pretty decent pace. When I arrived there was  a small line, I wasn’t sure if I was going to make it, or if I was going to just have to drop this load in my shorts and flush them down the toilet. As my turn was approaching, I could feel this thing turtle necking and trying to push its way out my bum. The sweat was pouring on hard, I had pitted out my shirt, and my forehead was dripping. 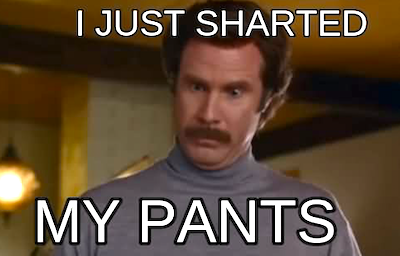 After standing for almost 10 minutes in line, I reached point of no return, I had a little slip and totally sharted. I couldn’t tell if it was visible yet from behind, so I just closed my eyes and waited for the next bathroom stall to open. Some old guy cam wondering out of the stall and I almost knocked him over trying to get in there before he even had a chance to get out. Once I entered the stall, I couldn’t get my drawers off quick enough, within seconds I was sitting on the toilet and letting loose. I’m pretty sure everyone in Rogers Centre heard the disaster that was taking place. After 15 minutes of toilet time, two flushes,  and half gallon of sweat, I was ready to wipe up and get out of there. The only issue I had was the start stained underwear I had been wearing, I wasn’t about to pull those back up and watch the rest of the games with them on.

So, I made a beer influenced decision and decided that my compression underwear was thin enough to flush down the toilet. Ask me why I made that decision when I’m sober and couldn’t tell you, catch me with a few beers in me and ask and I’ll tell you I had no choice. Prior to flushing though, I wound the underwear up into something that resembled a rope, something that could easily slither it’s way through the Rogers Centre plumbing system and into the sewer lines. It was this intoxicated reasoning that led me to one of the most embarrassing plumbing disasters I have ever been a part of. 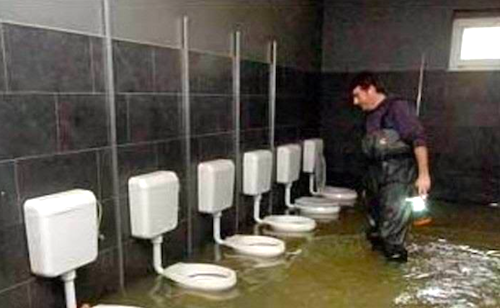 I twisted up the underwear and slid it into the toilet like a snake, I have had poops that resembled this so I figured I was safe. Once the underwear was pretty much out of site I decided to flush, what I should have done is just left it and let the next guy flush. I pushed down the handle and it was an experience that was lived out in slow motion. I could hear the water struggling to drain and watched it start to back up, as the water was backing up it was almost like it was sucking everything back out of the pipes and into the toilet bowl. The water was getting darker, toilet paper was resurfacing, and I was in a panic, what did I just do?

I tried to casually walk out of the stall, but that’s kinda hard to do when there are 20 people behind you trying to use that toilet. I waived it off as if I knew nothing about why the toilet was clogged, but as I turned the corner to wash my hands I heard someone say “hey, there is underwear in this toilet”. By this time the water was overflowing and the place was turning into a scene of chaos. They needed the best drain cleaning services in Toronto to clean that mess up. Hopefully they were able to reach a qualified plumber in time to get the toilet fixed before the 7th inning stretch. 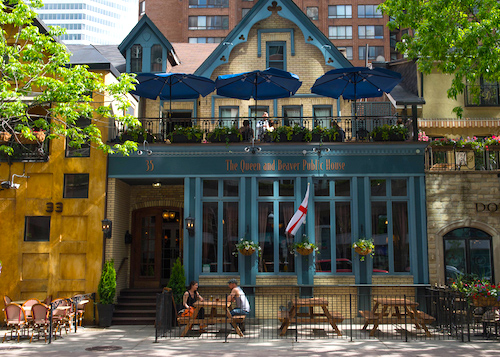 I returned to my seat almost 40 minutes later only to see my buddy laughing hysterically at me. My shirt was soaked in sweat, my face red from embarrassment, and he knew it was time for a beer. We left the game early and headed over to the best pub in Toronto for some cold ones. Not sure I will ever return to Rogers Centre after that one.