My Journey To Titusville Florida 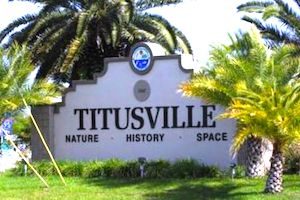 More Wakeup moments for you to enjoy. When I was young I was dumb and gave zero fucks about anything. I was living in Texas and working for a construction company doing random handyman gigs. I was living on the couch of a buddies place and was pretty broke for the most part. I had some cash stuffed in a shoe box, no bank account, and no property that I owned including a car. There were some friends in Florida that were having the time of their lives (according to their facebook profiles) and I made the decision to head out to Florida and maybe get a job at Disney World or something cool like that. Bartending was also on the radar, I was thinking Miami Beach and the night life there and sounded amazing. So that was the dream, head out to Florida, meet up with my friends, and become a bartender of the night life or a Disney World employee.

Hitching A Ride To Florida 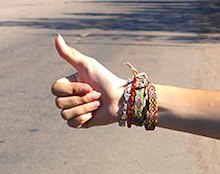 I was going to grab a bus out to Florida but wasn’t sure if I could stand being on a bus with a bunch of freaks for hours and not having control over the journey. I was stuck between a rock and a hard place, I had no car, so the bus was clearly the best option. Then the night before my departure I met these lesbian girls at Nepalese wedding. It was a strange encounter for sure, the feminine one in the relationship was beautiful, the man of the bunch was far less attractive, and yet I still caught myself undressing them both with my eyes and picturing them in action. They were also leaving for Florida except Miami was not part of their travel plans, they were heading to Titusville Florida to elope and find work. I knew they were making the drive so I followed them to their apartment that night to find out where they lived. My plan in the morning was to catch them on their way out of town with my thumb up. It sounds a little absurd, but it worked. I grabbed my bag in the morning and stood out on the street in front of their apartment and they took the bait. Oh, what a coincidence it is seeing you guys here, I’m on my way to Florida also, can I catch a ride? And that’s how I hitched a ride to Florida. 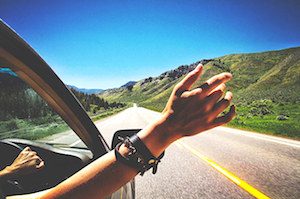 The drive wasn’t bad, the three of us hit it off like Threes Company and we covered ground pretty quick. There were a few stops to eat and pee, other than that we didn’t waste time stopping at any tourist destinations, we just plowed through like champs.

I had dreams of Miami, but the girls were destined for Titusville. Prior to them telling me about it I had never even heard of Titusville. These awesome ladies were nice enough to ask if I wanted to go in on a place with them and of course I wanted too. We ended up renting a house on a 1 year lease and the journey to find work began. Disney World was way out of the question and the bars in Titusville definitely didn’t have the appeal of those Miami bars I had seen online and in the movies. I jumped online and came across some job listings on the Titusville Craigslist page. I wasn’t interested in any labor jobs and the best thing I could find that paid a decent wage was a strip club out in the sticks. Well, that wasn’t appealing either. So I opted into trying my hand at labor. I replied to an ad from a Titusville roofing company that was offering $15 an hour for some shlep work and I jumped on it. I lasted about three months before the labor became too much for me. My hands were meant to pour drinks, take theme park tickets, and surf the internet. I was not meant to nail down shingles or pick up scraps around the ground of residential properties. Our stint in Titusville was short lived, we bailed out of there after the 1 year lease was over. I’m not sure what happened to the girls, they were definitely done with me and my perverted comments. I drove down to Miami and tried to get a job as a high profile bartender but never made it past bussing tables. Miami was a wild time, more great stories to share about my time in Miami, but I’ll save that for another time.