DUI On My 16th Birthday

I Got A DUI On My 16th Birthday 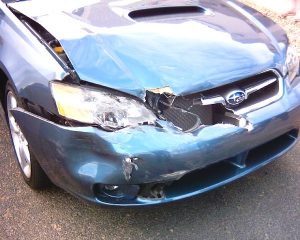 Well, this is a little embarrassing! I got a DUI on my 16th birthday. Yeah, my parents were kind enough to buy me a car when I turned 16 and like the snot nosed brat I was, I cared little about the people around me and how they would be impacted by my actions. What can I say though, I was 16 years old and had a good time on my mind and I just got a 4 door Subaru Legacy for my birthday. An AWD Subaru Legacy was an epic buy for a kid that spent most the time in the mountains of Washington State skiing during the winter. We were either at Stevens Pass or Snoqualmie Pass every weekend. The Subaru ran strong, had a roof rack, and I could pile 5 of us in there comfortably. Yeah, you could say that I had it made at the time but I didn’t realize it. Anyway, my parents handed me the keys to the Subaru the day I turned 16. I had been driving with a permit for the past year and was ready to own the roads in Washington State. We went to the DMV and took the test in the morning, I had my drivers license within an hour of passing the written exam and was driving my new Subaru Legacy around town like a boss. I stopped by my friends house to show off the new ride and couldn’t leave without smoking a bowl and having a beer. That’s just how we rolled at 16 years old. Puffing on ganja and drinking beer was already the norm by the time we were 15. At this point I had been smoking and drinking 2-3 times a week and didn’t think twice about it. I left there after a blunt and a beer and made another stop at my friend Travis’s house. His parents weren’t home and you know what that meant, we raided the fridge for beers and cleaned out his old mans stash in an hour. That was about 3 beers each. So now I’m 4 beers deep and high from the weed smoke and wondering if I should be driving. At that age in my life I was making all sorts of great decisions and decided that I was cool to drive. I jumped in the Legacy and continued on over to Tuckers house to show him my new wheels, I pulled the car into his garage where we often gathered to listen to music and get into trouble. He had a mini fridge in that garage that always had a few 40oz beers in there thanks to his older brother. He would buy us beer and we would get him weed in exchange for his efforts. It was a decent little connection we had at the time that was consistently available, which made us the goto guys on campus for scoring brews on the weekend. Well, we killed a 40oz each and rocked out to some Seattle grunge music in the car for an hour. Now I was feeling really good, I was playing air guitar, singing along to my favorite songs, and definitely should not have pulled out of that driveway. But I did what any normal 16 year old drunk would do at that time and I jumped in the drivers seat and pulled out of the garage like I had been drinking water all day. I made it about a mile down the road before I ran up a curb and blew out my front tire. The front alignment was thrown off, the tire balance destroyed, and the rim was damaged. I had hit a parked car also which is what the police were called. My parents had the car towed to an auto repair mechanic that was able to fix the front axle, correct the alignment, replace the rim, mount a tire and re-balance the wheel. I got a DUI but it was later reduced to a slap on the wrist and some community service. My folks grounded me for a month, couldn’t drive for two months, and they were in my face smelling my breath every time I came home for most of that school year. I didn’t stop drinking and driving, I just got better and managing my intake and covering the smell. Clearly it was time for me to Wake Up! I hope my kids never read this, I’m sure I am in for it sooner or later with at least one of them. Until then I will enjoy their innocence and share my life stories with the rest of you. Adios!